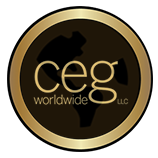 Coaching as a game-changer

In 2016, I did a Best Year Ever Consultation with CEG. I was already a big producer, but I was working myself to death. I knew there was a better way to do it, so I signed up with the Breaking Through program and went to the first session in San Francisco. That was a big deal, and a game-changer for me, I can tell you. I wish I had stumbled upon it when I was about 40 instead of when I was 58.

CEG’s approach to segregating clients made me skeptical. But I took the approach of flying a plane. You don’t look at the horizon—you look at the gauges and instruments. I decided to do what CEG told me to do, what the material told me to do and what the exercises told me to do.

I have two very experienced people who have been with me for quite some time and have years in the industry. They were able to segregate that book of business by all the fields that CEG gives us. That was an eye-opener.

At that point I pursued retooling the practice with even more dedication than I had before. Next, when we got into the discovery meetings, looking at the 64 questions (and being uncomfortable with some of them), I did the same thing—I just asked the questions. I was shocked at what I learned from my clients—people I thought I knew—by asking all those questions. Regarding the new discoveries, the people were impressed with the depth of those questions. 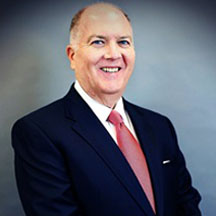 “The immediate result was that I went from producing a $1.7 million GDC in a year to over $2 million last year, so I had a 22 percent increase in business. That’s primarily because I focused more on the processes.”

One change I implemented is that when I confirm an appointment with a client, I send the confirmation letter with a list of things they need to bring. I tell them the appointment is going to take 90 minutes, it’s going to be recorded, and they’re going to need to bring all these documents, which will be copied while they are here and given back to them. I always send a copy of that letter to the professional who referred me to that person.

The professional at that point looks at the letter and—whether they are a lawyer or an accountant or a banker—they say, “Wow! This is going to be a tremendous experience for that client!” And then they, without even going through the process, are more interested in referring us more people because it helps them enhance their relationship with their own clients.

It has been a win-win as far as office morale, because I have my team going through the videos and all that they should be doing to focus on how we handle the client. We had always worked in teams with CPAs and attorneys and mortgage people. But the CEG process helped me formalize a lot of that—by gathering more data than I was gathering and building deeper relationships both with my professional network and with the clients and the client professional network referrals.

The immediate result of my coaching program was that I went from producing a $1.7 million GDC in a year to over $2 million last year, so I had a 22 percent increase in business. That’s primarily because I focused more on the processes.

This site uses cookies. By continuing to browse the site, you are agreeing to our use of cookies.